Patrick Greer presented his work ‘With Bold Proclamation’ to Baroness Paisley and the wider family circle at an event at the Lord Bannside Library in east Belfast on Thursday, November 17. The portrait marking the religious and political career of Northern Ireland’s former First Minister, Dr Ian Paisley, is set to be used by the Bannside Library for future exhibitions and various events. The Ulster University art student and former pupil presented the painting as members of the Young Democrats visited the Lord Bannside Library to view Lord Bannside’s extensive book collection. The group were welcomed by Dr Paisley’s widow Baroness Paisley and children Ian, Sharon and Rhonda. The Library, opened in 2015, contains tens of thousands of books relating to history, politics and religion as well as a range of memorabilia from Dr Paisley’s forty-year political career. Young Democrat spokesman Timothy McLean, who commissioned the painting on behalf of North Antrim Young Democrats, thanked Patrick for his piece and described him as “a talent to watch in the future”. Baroness Paisley and Ian Paisley Jnr MP also expressed their thanks to Patrick for his work and wished him well for the future. Patrick has recently been awarded the Ballyclare Secondary School Arts Award for 2016 and various pieces of his artwork have been selected for display in the Ulster Museum in early 2017. 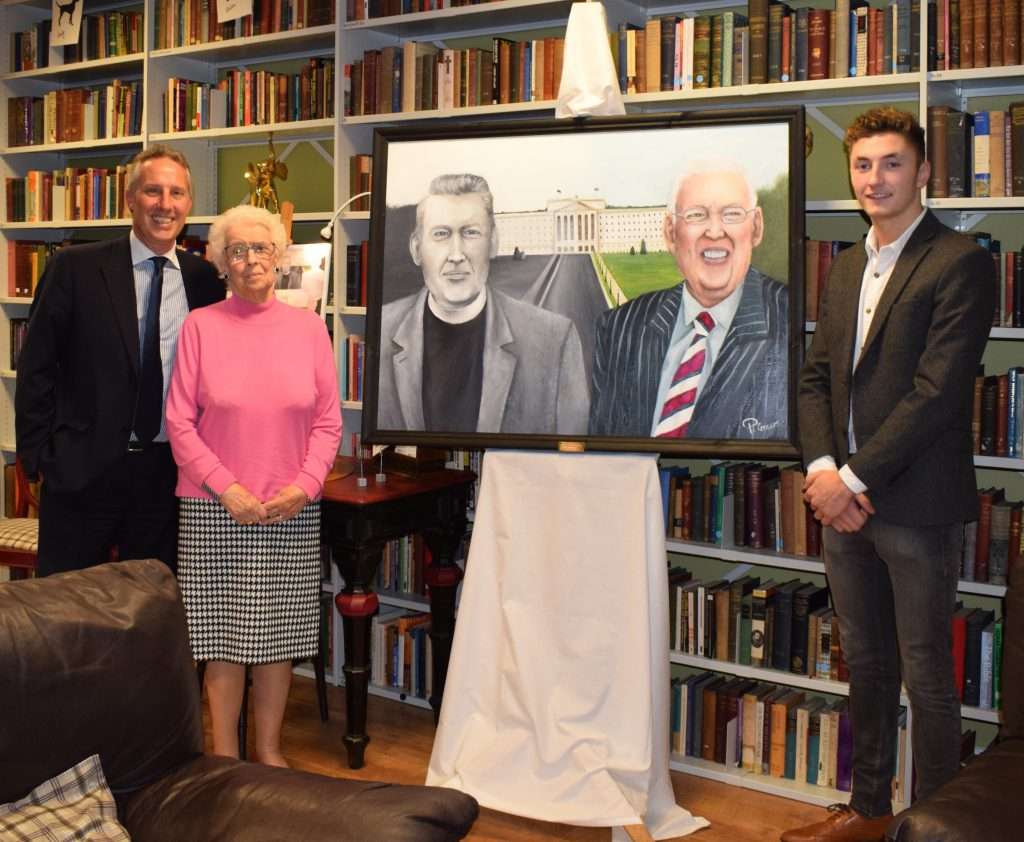